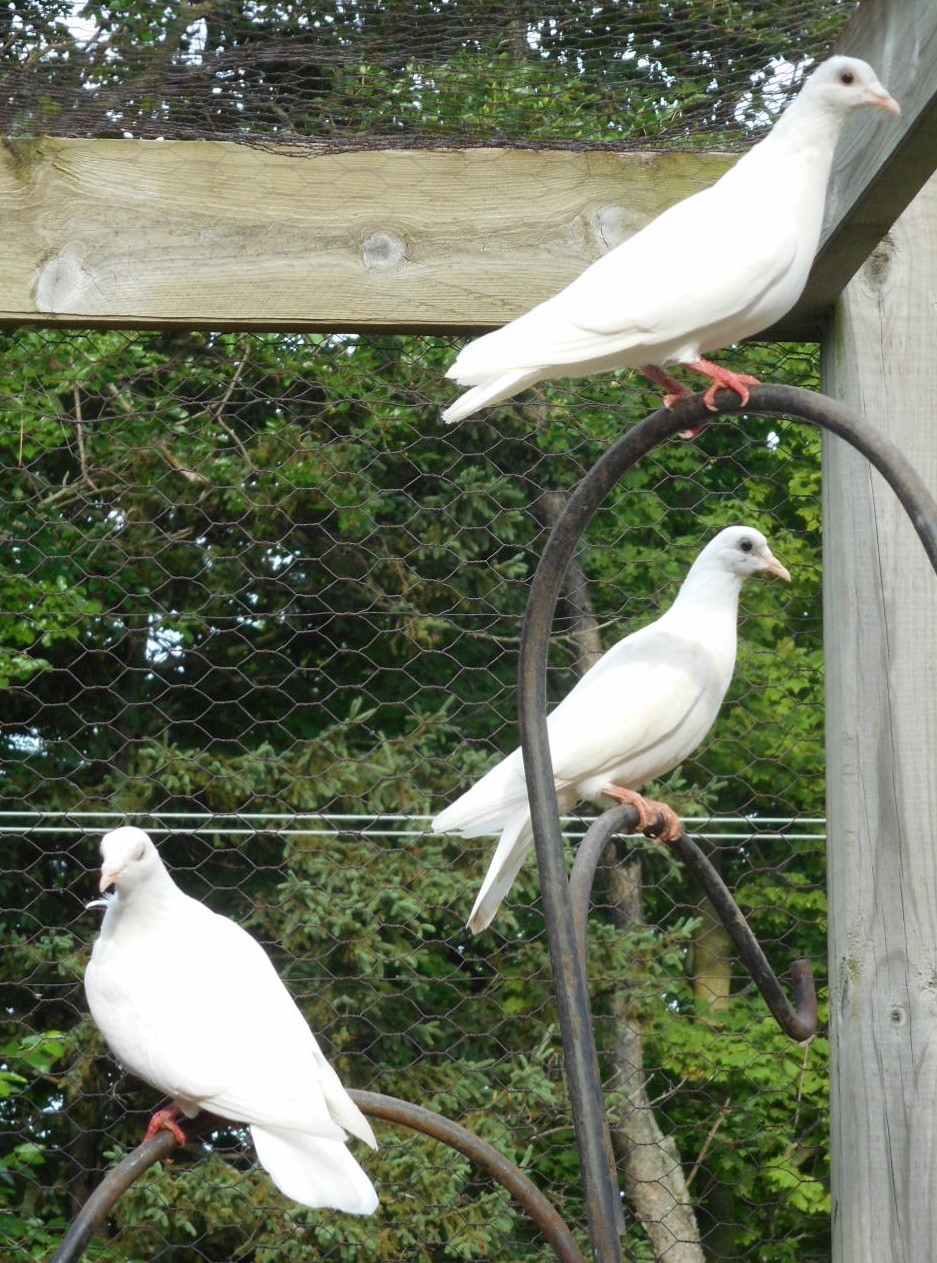 For three years I’ve raised white homing pigeons. I’ve sold twenty-four and there are twelve left, including three breeding pairs. One peculiar specimen has returned to my flock. He was hatched here but then disappeared for a year, only to fly back into the hen house last fall. His build is stocky instead of slender and his coloring is iridescent black-green-purple, but his wings are predominantly white. He has yet to produce offspring, but he will.

If you have a  joyful or solemn ceremony (wedding, Day of Peace, or funeral), and your thinking of releasing  helium balloons, why not release white homing pigeons instead?